On Paranormal Ally, I will be going over haunted attractions and locations in every state of the United States. All states have places with chilling reputations and backgrounds that lead them to be haunted today. Below are a select few of these locations in Alabama.

Starting operation producing pig iron in 1882 and ending it in 1971, Sloss Furnaces has become a widely-known historical landmark. Open to the public, it is currently used as a site for festivals and concerts and is free to visit within it’s open hours. But Sloss possesses a darker aura due to the hauntings. Probably being one of the most notorious ghosts that haunt the location, James Sloss was one of the founders of Birmingham and started the Sloss Furnaces. Though, it wasn’t long until he retired and sold his company in 1886 to some investors known back then as the Sloss-Sheffield Steel and Iron Company. He now is said to roam the facility as an aggressive entity as well as others who have passed away, making their presences known in the form of screams, apparitions, and aggression, pushing some of those that visit today. I’d tread very lightly here…

Established in 1834, Fort Morgan is a pentagonal bastion fort that has stood through the Civil War, the Spanish-American War, and World Wars 1 and 2, as well as the Battle of Mobile Bay. During renovations in the 1870s, the fort obtained 200 cannons, though it was left abandoned by the government for it to fall into despair. Then, when Grover Cleveland took presidency, the fort received five concrete batteries between 1895-1900. It also received Roadman Cannons, able to convert to rifles. Fort Morgan was deemed a national historical landmark in 1960 and one of the most endangered battle sites by the Civil War Preservation Trust. Today, visitors report seeing apparitions of soldiers and the residual echos of screams and cries.

This eerie abandoned house (unable to photograph) is home to the story of a crazed father that brutally murdered his three children and his wife. He took his life thereafter. People say the entire family still lingers, haunting the area. There have been reports of being choked, sounds of knocking on the walls and the floors, and hearing the eerie scream of a girl coming from a bird…very, very strange… Another rumor is that if you place a candle in the upstairs window, that it will move between windows. The house was burned down a by fire in 2008. It was determined that lightning caused the fire but being an abandoned house, who knows what really happened to the Horton House.

The Bridge in Gadsden

Though there are A LOT of haunted bridges in Alabama, this one stuck out to me, due to a tragic story of a mother and her baby drowning. A father and a mother that lived near town got into an intense argument resulting in the woman taking their baby and heading out by the bridge. Unfortunately, after the father went out later to search for them and they came out from a bush, it frightened the nearby horses which ended in the horses whacking the mother and baby off of the bridge into the creek below and they drowned in the accident. Witnesses claim that the spirit of the mother can be seen around the creek and the sound of a baby crying and carriage wheels can also be heard. (Unable to photograph)

The ghost that haunts the grounds of Cedarhurst (which is a mansion that sits in a subdivision off of Drake Avenue) is known to be Sally Carter, an infamous in the town of Hunstville, who is now buried in an unmarked grave (Maple Hill Cemetery). She became sick when visiting her sister and died In November of 1837, not long after her 16th birthday. Sightings of Sally go all the way back to 1919. She is to blame for moving furniture and throwing pillows around. The house is closed off to the public unless you personally make an appointment, so do not trespass.

Battered and bruised, Spring Villa still stands to represent all that has taken place there. A particular story is attached to the stairs inside. A young slave hid there in a plot to take down his master, William Yonge, in which he succeeded, stabbing him and leaving him to die from blood loss. People have reported seeing apparitions on the higher stories of the house, though one of those levels cannot be reached. Others feel unease and are being pushed on the 13th step (where William Yonge died). Voices and the sound of a piano playing have also been noticed.

Edward Kenworthy Carslile (the man behind the Kenworthy property) was born in 1810 in Georgia. He moved with his mother to Perry County, Alabama as a young man as his mother had family who were established cotton planters. Later on, Edward decided that he wanted to build an estate indicative of his family’s social standing. Plans evolved over the course of several months and the family had moved into the home by 1860. The home today is infamous its hauntings. For example, a young woman, who haunts the fourth floor tower is often spotted in the windows as it is said she sits and waits for her lover to return, though he died in the American Civil War.

Thank You For Reading. As always, you can share your experiences in the comments below!

This site uses Akismet to reduce spam. Learn how your comment data is processed. 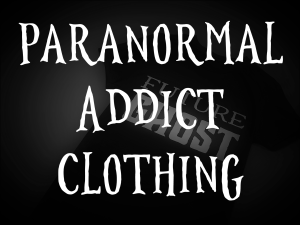